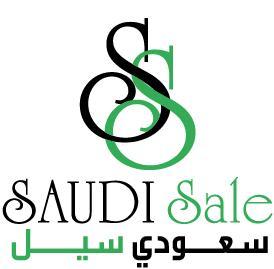 In a previous discussion on Twitter, with friends  @ jerais @ almsaodi @ nasser @ alzaid @ alhargan @ anaimi @ jalammar  about (real estate) web development experiences, I promised you to share a similar and unknown experience that might inspire a new success experience.

In the year 2010, Ahmed Al-Obeishi  @ Alobaishi  , Abdulaziz Al-Rashoudi  @ Rushodi,  and Anas Al-Mudayfir  @ Anas_  obtained an operational franchise from  QatarSale, which was a successful experiment in creating an organized and indexed community on the Internet to sell and search for cars, for individuals and exhibitions (and agencies in Sometimes) in Qatar. They established its Saudi branch, Saudi Cell , and regardless of the experience of franchising or construction from scratch, this is another area, but the success of the experiment was in its application on the ground in a very traditional commercial environment that often rejected any technical initiatives.

The first question that may seem to you, dear reader now, is: What is the relationship of the car trade to the real estate trade? In fact, there is no direct relationship, but they follow the same trading method, how? Most of the car and real estate dealers (clashing) with modern technology and prefer to work in the traditional ways that they grew up on, so their first reaction will always be resistance to any project that changes the way they work because of ignorance sometimes and because of their desire and fear of competitors entering them

The goal in Saudi Sale was to replicate the Qatari platform on the Saudi market, by targeting individuals to provide a place that enables anyone to sell their car easily and conveniently and with a fixed commission (100 riyals). And updated and daily! An experience similar to the real estate in one way or another, but the first question was: How can we convince the owners of the showrooms to cooperate with us and display their cars? Well, the experience was, we’ll show you your cars for free.

In the first six months, the work was a complete (loss), an institution that pays salaries to its employees and provides a service for car showrooms that do not pay a single riyal, but the experiment succeeded and (some) owners of these showrooms were convinced that the service deserves to be subscribed and the actual work began with the participation of a group of exhibition owners that presented It has a trial service, and stopping the service for those who do not want to subscribe. After a few months, most of those who refused to subscribe returned and subscribed to the service because they simply experienced an increase in sales during the trial service and a decrease after their decision not to subscribe.

The Saudi Sale experience looks like an experience for (entrepreneurship) with its beautiful pink concept, but on the ground it was a traditional business. Which informs them of selling a car to cancel it from the system, and they have a team that visits the average individual who wants to sell his car to photograph it and display it on the site for (100 riyals) or a slightly higher amount to be Featured.

The real estate business is similar to the auto trade in many aspects, including that it needs a traditional team that meets with clients and confines their stocks. You need a Front-End who can visit real estate dealers and deal with their different mentalities, whether looking for new experiences on the web or resisting them. A while ago, I saw the experience of one of the most famous real estate developers in Riyadh who wanted to advertise a real estate project through a local newspaper, and after convincing him that advertising through social networks was more feasible and lasts for a longer period, he decided to experiment, and was amazed by the flow of calls and visits to the project site to the point of He decided with her that all his next projects would be published on the web.

Many experiences tried to enter this trade and failed, for reasons including lack of experience in dealing with traditional markets, focus on the technical side and neglect of the commercial side, betting on the success of the experiment (in cooperation) with property owners, and the last of which is that these markets require a very long breath until They reach the field of profitability, and the majority of those who led this field were looking for a quick profit, so their experiments failed. The cake looks a little big,

how much will your share of it be, dear Geek?