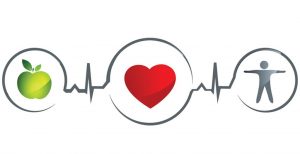 Unusually, today’s post is not technical. In October of the year 2012, as a result of excessive consumption of black American coffee (4-5 cups per day), I developed symptoms that I was not used to before, such as palpitations, dizziness, and an irregular heartbeat. Simple, it turns out that I do not suffer from high blood pressure, but my harmful cholesterol is very high for those of my age. At the time, consultant Khaled Al-Nimr ( ALNEMERK ) gave me a choice between taking medications to reduce it and restore it to a normal level, or resorting to diet and exercise. I chose the hardest way, which is diet and exercise, and I will return after 6 weeks to re-examine and evaluate the subject again.

In fact, I adhered to a diet for two days and did not exercise at all, then I returned to my previous era without a diet, but due to the circumstances of changing my workplace, I was able to stop almost completely from eating fast food and soft drinks (I used to eat from one to two meals a day from fast food restaurants of different classifications), I did not visit the doctor again for examination until after 7 months (April 2013) when my symptoms came back again. When I visited the doctor, the average intake of meals outside the home was only twice a week, which is a very small percentage compared to 7-14 meals earlier. The surprise is that cholesterol has decreased to a level close to the normal level due to stopping eating fast food and soft drinks. I was very happy with this result, which encouraged me to continue this boycott despite my weight not being different at that time.

During that visit, I examined vitamin D, which is rumored that 75% of Saudis suffer from excessive deficiency, and actually I was not an exception and the result was that the average of the vitamin in my body is 21 compared to the normal average of 100 (there are two measures of vitamin D. You can compare the result According to your scale), the deficiency of this vitamin leads to many symptoms, including a feeling of fatigue, lethargy, laziness, and weakness in the bones and muscles, and it can be compensated by exposure to direct sunlight in the first place, and through seafood and dairy products in a secondary degree. Which I decided to follow instead of taking medication for this purpose.

After two weeks of this examination, symptoms of fatigue and apnea began to appear to me when speaking for a short period not exceeding two minutes, especially when meetings at work, which is what my doctor diagnosed during the clinical examination that it is common due to work pressures and a lot of focus throughout the day, but making sure of it by examining effort and x-rays will confirm this. Speaking or not, which is what I will do within days, in addition to my decision to take a treatment to raise the level of vitamin D within 3 months due to my inability to arrange my daily program and exposure to sunlight sufficiently.

In conclusion, there are many people who are classified as young adults (between 25-35). I know many of them as friends and colleagues who are exhausting themselves between permanent work and side projects, and focus on this and that, sometimes suffering from similar symptoms and neglecting to examine them The big problem is that neglecting these symptoms, such as high cholesterol and low vitamins, at this stage enhances the possibility of their occurrence as concomitant / persistent diseases after forty, while examining them at this stage and treating them is much easier and with less effort. My last advice to you is what Salman Al Farsi, may God be pleased with him, said in his long speech (and your soul really is against you). The Prophet, peace and blessings be upon him, said to him: (Salman is right)

Groupon is small, Groupon for you and your friends!